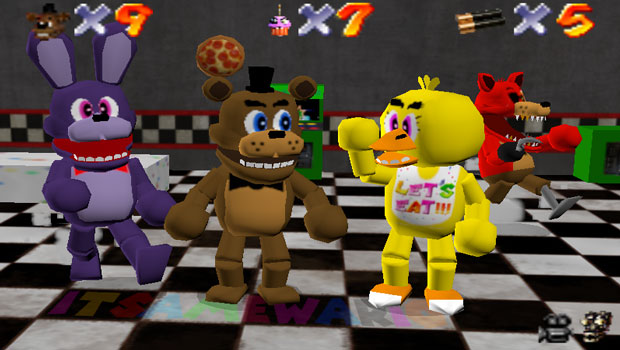 Super FNaF game is a free FNAF download. It is an Adventure Sidescroller with several platforming elements. The challenge will be set in the FNaF 1 Location. It gives you an interesting story about 5 missing children. These kids are trying to avenge their deaths after they were murdered by the Purple guy. They are Guide Freddy, Bonnie, Chica, Foxy. Enter Freddy Fazbear’s and discover other areas to find the best way to end their pain as soon as possible!

This is an Ultimate Custom Night Unofficial website! There is no connection between us and Scott Cawthon and other associated companies. The information given to you on this website is just for general reference and it's not completely orthodox from Scott Cawthon.